For more information on how to apply for the program, click here!

I was bit by the “acting bug” back in grade 5 when I auditioned for the lead role in our class play and got the part!  Apart from performing to sold-out classes, we had our pinnacle performance in the centre of our local mall, and I was thrilled.  Since then, I graduated from McMaster University with a combined degree in Theatre and Visual Arts and turned my vision toward directing. 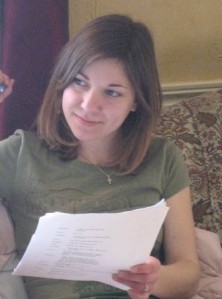 I was Associate Director at Lighthouse Festival Theatre for two years, and have directed shows across Ontario.  Most recently directing the premiere of Dianne & Me, which was picked up by Theatre Aquarius, before joining Shakespeare In Action. 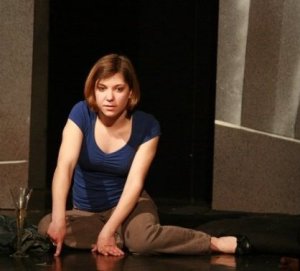 Acting still is a part of my life, and between directing shows, I can be found onstage.  And right now, Shakespeare In Action, with so much on the horizon, is an exciting place to be, and I am glad to be a part of it!

Patricia
My love for theatre began in grade 9, when I took my very first drama class. I took drama all throughout high school and then went to the University of Ottawa and graduated with a degree in theatre. I started working at Shakespeare in Action in September. I love talking to teachers and students and telling them about the great things the company has to offer! 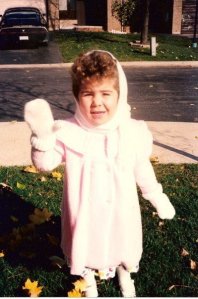 Aside from theatre I am very passionate about hockey and baseball and watch games whenever I get the chance. 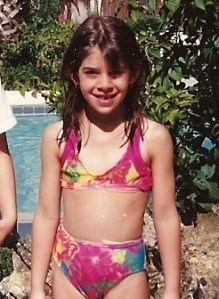 I’ve been dancing since I was four studying ballet, modern and jazz in dance studios around the city. When I was eleven, I went to Cardinal Carter Academy for the Arts where I majored in Dance and graduated in 2006. From there I went to Ryerson University where I (again!) majored in dance, under the direction of Nadia Potts. I graduated from Ryerson in 2010 and am now a freelance dancer in the city. I also teach dance around the GTA and work in a dance retailer in Toronto.

I’ve been an Administrative and Production Intern with Shakespeare in Action since September. I’ve had a great time creating resources, working with students and being involved in all the behind the scenes action.

Dancing is my favourite thing to do but I’m having a great time in the world of theatre! Do you like to dance? Do you go out and spend your Friday nights on the dance floor or are you more of a closet dancer? Help me feel more at home and share your dancing feet with me in the comments!

I grew up on a farm on Vancouver Island where I rode horses and went to a Waldorf school.  After I graduated from high school I moved to Vancouver, then in Sept. ’06 I went to the Atlantic Acting School in New York City.

I spent this past summer in St. Johns, NL playing Rosaline in Love’s Labour’s Lost, and Cassandra in Troilus and Cressida with Shakespeare by the Sea. 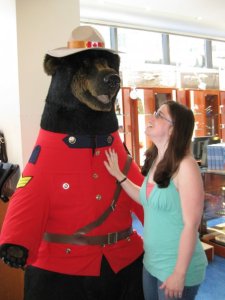 My name is Stephanie.  I come to Toronto from both coasts of Canada.  I grew up in beautiful Vancouver, BC, then went off to university at Mount Allison in Sackville, New Brunswick.  When it comes to theatre, I’ve done it all, from acting in a touring bilingual troupe to directing musicals, stage managing outdoor Shakespeare, sound design, painting sets, teaching and running front of house! My love of Shakespeare is matched only by my love of Canadian theatre. I am thrilled to be in Toronto soaking up all the theatre this city has to offer, and to be puttering around the Shakespeare in Action lair, helping out in any way I can.  A random fact about myself is I spent a year in France teaching English, and taught my students all sorts of Shakespearean curse words as part of their English lessons. They loved it!

Tyler is of Métis/Cree descent, from the community of Faust, Alberta.  He was adopted into a military family at birth; and grew up in various places across Canada as well as Germany.  He graduated from the University of Toronto, specializing in Aboriginal studies and English Literature. In his spare time Tyler enjoys writing and performing poetry and prose. When not in his spare time, Tyler would rather be writing for theatre. A random fact about Tyler is that he can recite whole scenes to a lot of science fiction movies.  Sometimes he can recite the whole movie (We will test this claim, Tyler!).

Meet Meaghan, the first of our fabulous interns:

My name is Meaghan and I am originally from Fredericton, New Brunswick.  I have a BA in English and Drama from Mount Allison University. Children’s theatre is my passion and I have been teaching and directing for many years.  A random fact about myself is that I get choked up watching every single Heritage Minute, whether or not a segment is actually sad or just about the invention of basketball.