Shakespeare in Action is excited to announce our upcoming 2015/16 season! Tours, workshops, and our free library club are only some of the things that we will be bringing to your school and neighborhood in the coming year. We hope to continue fostering literacy, enhancing creativity and promoting speech arts in the lives of youth across Ontario. Take a look below to read about all of the great things we have in store for next season!

Returning for the 2015/16 by popular demand, Shakespeare Meets Hip Hop is a vibrant, interactive presentation that demonstrates how modern hip-hop shares many similarities with the themes, language and rhythm used by Shakespeare. Both are full of poetry, word play and lyricism, and both deal with what it is to be human.

Shakespeare Meets Hip Hop brings alive the parallels between the world of the plays and their own contemporary experience. It’s the perfect complement to your in-class teaching of a specific play, in the beginning, in the middle or at the end.

Visit our website for more information, or to book your school today! 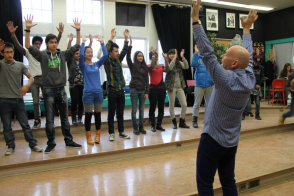 For more information, or to book a workshop, please visit our website! 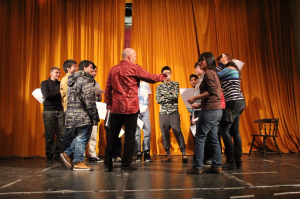 Fore more information, or to book a residency, please visit our Residencies page!

Dates and locations coming soon. Check our website for updates!

For the past four years, community members from the corporate sector fearlessly took to the stage in productions of William Shakespeare’s A Midsummer Night’s Dream, The Tempest, Twelfth Night, and The Comedy of Errors to raise funds for Shakespeare In Action’s educational programming. Their generosity has helped to foster literacy, enhance creativity and promote speech arts for youth at risk in Toronto’s priority neighborhoods.

Shakespeare Fight Club– Dates and location to be confirmed!

Over eight rigorous weeks, Shakespeare in Actions leads an innovative new program in practical performance training, based in theories of embodiment. We blend stage combat, dance choreography and Shakespearean scene study with urban art forms such as break-dancing and hip hop, culminating in a series of public performances in the neighborhood. The program is led by an expert team of theatre professionals.

The program is based on the premise that young people at risk need safe creative spaces that are stimulating, challenging and thought provoking. We identify and address root causes of violence, and create a performance that seeks to positively reinforce the lives of our young participants, and to engender pride in the community.

For more information on the Shakespeare Fight Club, please visit our website!

I know we are all looking forward to a quiet and relaxing weekend, but I know some folks who are ready to have some fun! Our TD Shakespeare for Kids Library Club is back for another session starting on November 2, at Toronto Public Library locations across the city! The sessions run from 10am-12pm and 2pm-4pm.

We had a training session on Monday with our library instructors and some of our interns! Our Education Coordinator led the group through a series of workshops, so they will be able to lead their own groups through Shakespeare’s works!

For more information, please visit our website, or you can register at your local branch!

Have a fantastic weekend! 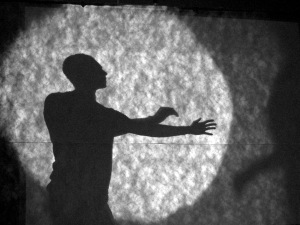 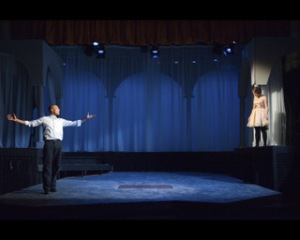 In the Classroom:
– Workshops & Residencies –
September – July
Click here to see us on the TDSB site!
Photo: SIA

In the Community:
– Shakespeare Without Fear in the Classroom –
Artistic Director Michael Kelly @ York U.
Click here to learn more or register.
July 8 – 10, 2013

Meet 8-year-old Borno, third-grader, elder sister, and Shakespeare Kid extraordinaire.  Her parents named her Bornomala which, in Bengali, means “the garland of alphabets.” True to her name, Borno has grown to love language.

In the autumn of 2011, Borno joined our Shakespeare for Kids Library Club at her local branch.  From read-aloud scripts to Elizabethan insults, Borno’s commitment, positive attitude, and passion for Shakespeare were apparent from the start.

In the winter of 2012, we invited Borno to read sonnets to loved ones for Sonnets by Kids for Valentine’s Day.  We taught her about sonnets, their structure, their rhyme scheme, and explored the messages in two of the poems.  Borno delivered sonnets with ease and even went on to recite Sonnet #91 at her school talent show.

In the summer of 2012, Borno joined the Shakespeare for Kids Summer Camp.  As part of the Henry IV, Part I team, she helped design set and costume pieces and had several on-stage roles.

We are happy to have Borno as part of our Shakespeare family.  Recently, I sat down with her to ask her a few questions about why she loves Shakespeare.  Here’s what she had to say:

Borno:  I like Shakespeare, because when I read the plays, it was really interesting, and I liked it so much that I tried to read another one.  That was interesting also.

Laboni:  You participated in the Shakespeare for Kids Library Club and you’re participating again.  What was something that you learned from the Library Club?

Borno:  Some things I learned from the Library Club is that in the play, there’s lessons that teach people not to argue.  For example, in Romeo & Juliet, it told you that when the two families argue – the Montagues and the Capulets – the Montague’s son, Romeo, and the Capulet’s daughter, Juliet, both DIE because the two families were arguing.  So that teaches people not to argue, because it will get worse and worse and, in the end, both families will regret what they have done.

Laboni:  That’s a really good point.  So, do you think that if the Montagues and Capulets had not argued that their children could have had a better future?

Laboni:  I think so too. You also participated in our Shakespeare Summer Camp for Kids. What was your best experience in the camp?

Borno:  The best part was when we came on stage and we started acting the play Henry IVth.

Laboni:  What character or characters did you play?

Borno:  I played Northumberland, Peto, and the Messenger.

Laboni:  Did you have a favourite character out of those three?

Borno:  I honestly liked the Messenger.

Borno:  Because I liked wearing the costume.

Laboni:  Of course, Messengers always have the best costumes!

Borno:  It was a really comfortable costume.

Laboni:  So, I’m curious, what is your favourite Shakespeare play?

Laboni:  Borno, if you could be any character in a Shakespeare play, who would you be and why?

Borno:  I would be in The Taming of the Shrew because I like it so much, and the character I’d like to be is the nice sister.

Borno:  Yes, Bianca because she is really nice and behaves well.

2012 Summer Camp for Kids: Borno (left) plays a pitiful soldier in the Henry IV, Part I.

This one is for all the Shakespeare Kids out there who need a little drama in their life!

Led by professional actors and educators, kids explore plays like Romeo & Juliet, Macbeth, Midsummer Night’s Dream, Tempest, Comedy of Errors, and Henry IVth.    They practice their reading and speaking skills, play drama games, learn how to insult each other in Elizabethan English (oh, the skills we teach them), get a head start on high school, and make friends with other budding Bards.

The program runs for 6 Saturdays at 10 Toronto Public Library branches in the fall, 10 in the winter, and 10 in the spring.  The very first session for 2012/2013 is Saturday, November 3rd.  Register early at participating branches!  For locations and times, click here.

Mark your calendars! This Saturday, February 6, a new session of our fabulous FREE library program is beginning.

Now in its fifth year, this program is open to children aged 7 – 12 at various branches throughout the city.  Each Saturday professional actors/teachers will provide new opportunities to explore the world of magic, wizards, potions, ghosts & witches in some of the greatest stories ever told!

This Saturday, you will find us at the following branches:

The program runs on Saturdays from February 6-March 13. It is FREE to participants.  Register at your local branch! And if you don’t see your branch on the list, we may be coming your way in our third session…