On October 27, 2014, voters from across Ontario will head to the polls to elect Mayors, Councillors, and Trustees. We have decided to have our own Shakespeare-themed election! Four candidates from Shakespeare’s plays are vying for your vote in the great Shakespeare election! Here are the profiles of the candidates:

Relevant experience: Ruled as the Queen of Egypt

Thoughts on transparency:
Cleopatra certainly has a history of hiding the truth, if only to protect her own interests and assets.

CLEOPATRA This is the brief of money, plate, and jewels I am possessed of. ’Tis exactly valued, Not petty things admitted. Where’s Seleucus?
Enter SELEUCUS
SELEUCUS Here, madam.
CLEOPATRA This is my treasurer. Let him speak, my lord, Upon his peril, that I have reserved To myself nothing.—Speak the truth, Seleucus.
SELEUCUS Madam, I had rather seal my lips Than to my peril speak that which is not.
CLEOPATRA What have I kept back?
SELEUCUS Enough to purchase what you have made known.
CAESAR Nay, blush not, Cleopatra. I approve Your wisdom in the deed.

Thoughts on the environment:
Cleopatra really only loves the earth as long as Antony is in it.

CLEOPATRA Noblest of men, woo’t die? Hast thou no care of me? Shall I abide In this dull world, which in thy absence is No better than a sty? O see, my women, The crown o’ th’ earth doth melt. My lord!

Thoughts on income and wealth: Cleopatra is obviously wealthy, but she seems to be generous with all of her riches.

CLEOPATRA (to SCARUS ) I’ll give thee, friend, An armor all of gold. It was a king’s.

CLEOPATRA (giving money) There’s gold for thee. Thou must not take my former sharpness ill. I will employ thee back again; I find thee Most fit for business. Go make thee ready; Our letters are prepared.

Why it might not work: Death due to a snake bite

Thoughts on transparency: Everyone around King Henry IV was deceiving and secretly plotting against each other, and the King himself did not rise to the throne under the most noble circumstances, so he may be willing to call someone out on their deception, but he still has his own secrets.

KING You have deceived our trust And made us doff our easy robes of peace To crush our old limbs in ungentle steel. This is not well, my lord; this is not well.

Thoughts on the environment: King Henry IV was very busy defending his kingdom, but he did manage to make note of the damage caused to the field in England by the battles that were happening.

KING No more the thirsty entrance of this soil Shall daub her lips with her own children’s blood. Nor more shall trenching war channel her fields, Nor bruise her flow’rets with the armed hoofs Of hostile paces.

Thoughts on income and wealth: As rich as the King is, he knows that if he is not well, he cannot enjoy the good things that happen to him, and compares it to wealthy people going to a feast with no appetite.

KING She either gives a stomach and no food–Such are the poor, in health—or else a feast And takes away the stomach—such are the rich, That have abundance and enjoy it not.

Why it might not work: Death due to illness

Thoughts on transparency: Though Caesar may need to be secretive in his work on the battlefield, he has no problem being honest with his colleagues when he decides to take the day off work.

DECIUS Caesar, all hail! Good morrow, worthy Caesar.
I come to fetch you to the senate house.

CALPHURNIA Say he is sick.

CAESAR Shall Caesar send a lie?
Have I in conquest stretched mine arm so far
To be afraid to tell graybeards the truth?

Thoughts on the environment: When Antony read Caesar’s will after his death, it was revealed that Caesar (or possibly Antony) left his private gardens and orchards to the people, so Caesar did seem to be a fan of having and maintaining green space!

ANTONY Also, he’s left you all his walkways—in his private gardens and newly planted orchards—on this side of the Tiber River. He’s left them to you and to your heirs forever—public pleasures in which you will be able to stroll and relax. Here was a Caesar! When will there be another like him?

Thoughts on income and wealth: Caesar was born into a noble family, but became an incredibly wealthy man during his time in the army. During his rise to power, Caesar brought many beneficial economic reforms to Rome, which Antony was quick to point out after his death.

ANTONY He hath brought many captives home to Rome
Whose ransoms did the general coffers fill.Did this in Caesar seem ambitious?
When that the poor have cried, Caesar hath wept.
Ambition should be made of sterner stuff.

Why it might not work: Death due to stabbing 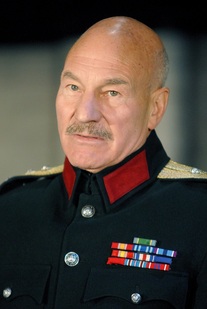 Thoughts on transparency: Macbeth found himself in the middle of a murder plot with his wife, and obviously no one could know about it, or it would ruin his chances of becoming King.

LADY MACBETH Who was it that thus cried? Why, worthy thane,
You do unbend your noble strength to think
So brainsickly of things. Go get some water,
And wash this filthy witness from your hand.
Why did you bring these daggers from the place?
They must lie there. Go carry them and smear
The sleepy grooms with blood.

Thoughts on the environment: During a confrontation with the Weird Sisters, Macbeth makes it clear that he has no problem with them destroying the world, as long as they gave him the answers he wanted.

MACBETH I conjure you by that which you profess–
Howe’er you come to know it—answer me.
Though you untie the winds and let them fight
Against the churches, though the yeasty waves
Confound and swallow navigation up,
Though bladed corn be lodged and trees blown down,
Though castles topple on their warders’ heads,
Though palaces and pyramids do slope
Their heads to their foundations, though the treasure
Of nature’s germens tumble all together,
Even till destruction sicken, answer me
To what I ask you.

Thoughts on income and wealth: Macbeth was originally not thirsty for wealth, but certain outside influences caused changes in him that had negative consequences.

LADY MACBETH Was the hope drunk
Wherein you dressed yourself? Hath it slept since?
And wakes it now, to look so green and pale
At what it did so freely? From this time
Such I account thy love. Art thou afeard
To be the same in thine own act and valor
As thou art in desire? Wouldst thou have that
Which thou esteem’st the ornament of life,
And live a coward in thine own esteem,
Letting “I dare not” wait upon “I would, ”
Like the poor cat i’ th’ adage?

Why it might not work: Death due to Macduff

Now that we have the basic profiles for all of the candidates, it’s time to cast your vote!

Now if you are old enough, make sure to head over to a real polling station and cast your vote today!

Where do you think these candidates would stand on transit issues? Leave a comment and let us know!