TIFF is in the air! The Toronto International Film Festival began on September 4, and will run until September 14th this year. The stars have come out to support and promote their latest film projects, and we are so excited to have them in our city! Many of the stars attending this years festival have lots of experience on stage and screen. Check out our list of Shakespeare and Shakespeare-Inspired projects that are a part of some pretty impressive bodies of work! 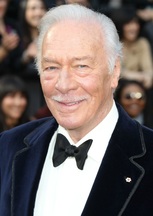 Christopher Plummer (The Forger, Hector + the Search for Happiness)